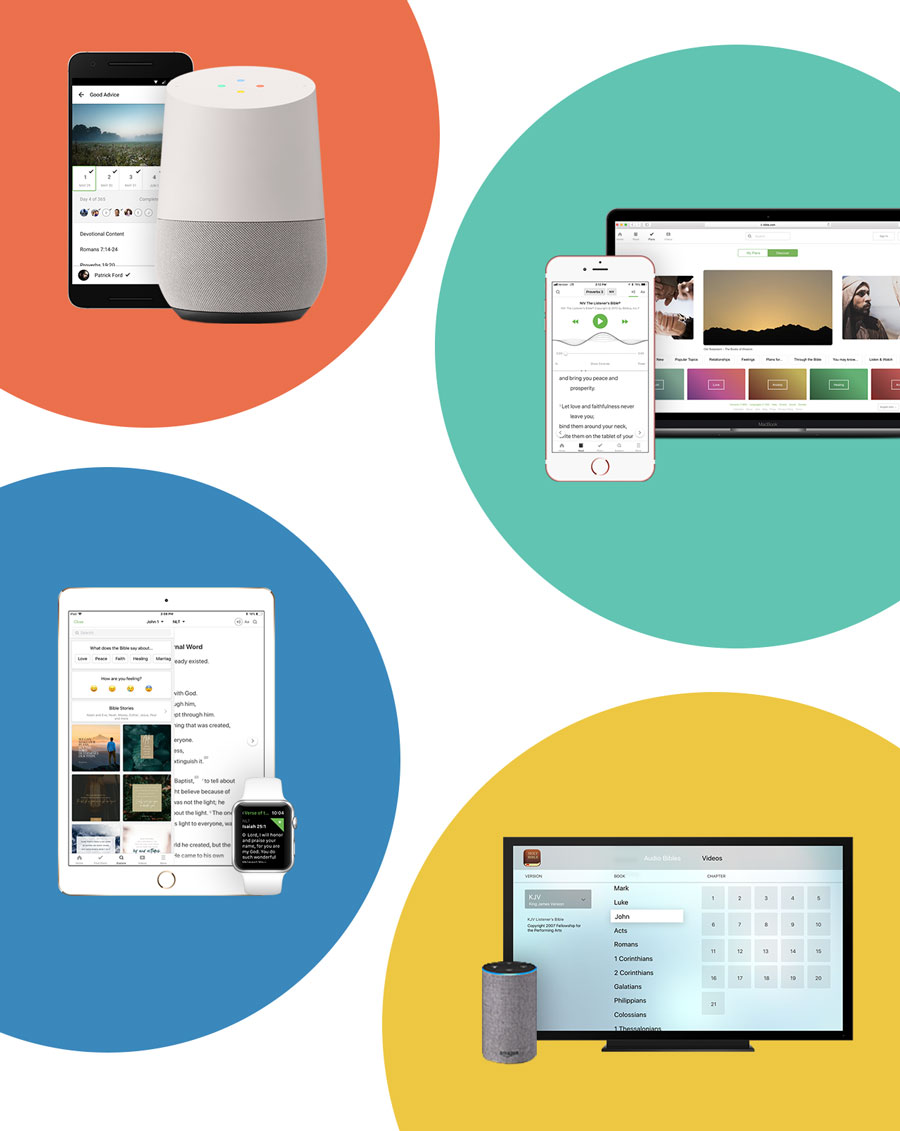 For your family of devices…

If your family received new smartphones, tablets, or other devices for Christmas, be sure you install the apps that can help you get the most out of them: the Bible App and Bible App for Kids! Looking for a great conversation-starter about your faith? Consider asking friends and family if they’d like you to install one (or both) apps for them!

The Bible App has been installed on more than 300 million unique devices, all over the world. In addition to offering more than 1,600 Bible versions in over 1,100 languages, the Bible App now features thousands of Bible Plans across dozens of languages. Plans help you build your Bible practice by bringing you select Scriptures each day, and adding context that helps you understand what you’re learning. And, the Bible App is always free.

Get the Bible App

The Bible App for Kids

Get Bible App for Kids

The Bible App for Voice

Now you can experience the Bible App on your Google Home or Amazon Alexa device. There’s nothing to download or install. Just start with the same “Ok Google” or “Alexa…” that you use to play music, answer questions, or add strawberries to your grocery list.

Google Assistant:
“Ok Google, ask YouVersion what it can do.”

From our family…to yours.

Considering an end of year gift?

Our mission is helping people connect with God’s Word every day. Click here to become a part of what we’re doing all over the world.

As a mobile platform, Java can reach hundreds of millions of devices, literally all over the world. So to reach the most people possible, we wanted to make version 1.0.1, the latest release of the Bible App™ for Java, the best app for Java mobile devices we’ve ever done.

So we started fresh and completely rewrote it from scratch! The Bible App for Java is back and better than ever, available for immediate download from GetJar. The Bible App for Java can now do almost everything that the Bible App can do on all of our other major platforms. You’ll find significant improvements to its basic presentation, specifically designed to make it much faster and easier to use:

Get your update for the Bible App for Java now. And please come connect with us on Facebook and Twitter. We’d love to hear your YouVersion stories!