We hope you’ve already downloaded the latest update of the Bible App™ for iOS (iPhone, iPad, iPod touch), available now in the iTunes App Store. With each release, we try to bring you with the best experience possible on the device of your choice.

If you have an iPhone 5, while the newest release of the Bible App will work just fine on your device, you’ll probably notice that it doesn’t fill your new, larger screen. But all of the features you know and love in the Bible App are still there, along with a few improvements.

More than 69 million people have installed the Bible App so far. While that number includes Android, BlackBerry, Windows Phone, and many other types of devices, almost 30 million people are using the Bible App on Apple devices. We simply can’t justify compromising simple, free access to God’s Word for so many people just because they have older devices.

Now, we’re constantly reviewing downloads, how often and how long people interact with the Bible App, and what devices they’re using to connect. We take very seriously our responsibility to position our development resources where they’ll have the greatest impact. And our simple mission remains the same: To help as many people as possible engage with the Bible, no matter where they live or what language they prefer—or even which Apple device they happen to have. 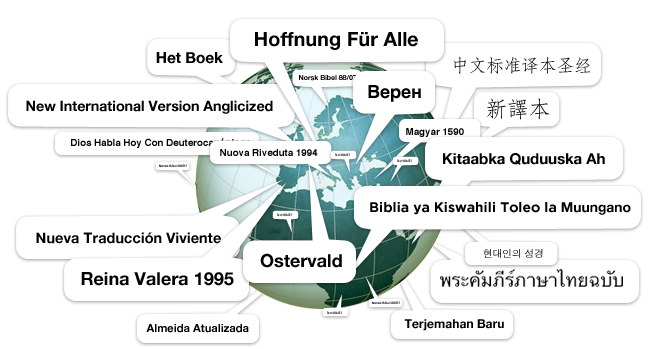 To help as many people as possible connect with God’s Word, YouVersion offers the Bible App™ and the YouVersion.com website in several languages. But we don’t translate anything… So how could that be possible?

That’s right. YouVersion has an incredible community of passionate volunteers—people just like you—all over the world. And thanks to their vision, their devotion, and their translation work, more people than ever now have the opportunity to easily explore the Bible for themselves…in the language of their choosing! Here’s just some of what these amazing world-changers have been up to recently:

The following languages are now available on these mobile platforms:

Many of these languages are already available on select mobile platforms, and now they’re also available at YouVersion.com:

Finally, you can find this language now at YouVersion.com, even though we don’t offer it (yet) for the Bible App on mobile devices:

Don’t see a language that you wish we had? Could you translate from English into it? Let us know what you can do. And join a very special global team of people who are changing the world together—one language at a time.

Recently, you may have occasionally noticed outages as you tried to connect to the Bible App™ or the all-new YouVersion.com, whether you were trying to follow along in church, to access one of your Reading Plans, or even simply to read your favorite version of the Bible.

If you’ve been an active part of the YouVersion community, then you probably know our simple mission: To help as many people as possible read the Bible, no matter where they live or what language they prefer. And with your passion to share God’s Word, the continuing success of that mission has eclipsed our highest hopes: the Bible App has been installed on more than 40 million unique devices.

Let us assure you: The connection problems you’ve experienced lately are entirely unacceptable to us. We’re taking aggressive steps not only to ensure that you won’t have simply a basic connection, but full, reliable access to all of the many tools and services that the Bible App and YouVersion have to offer.

We’re doing everything we can to make sure the Bible App will be there… whenever and wherever you want to connect with God’s Word. 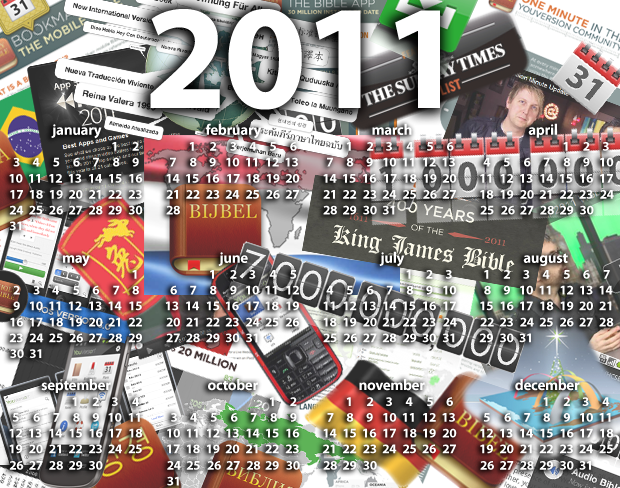 Now you can experience both YouVersion.com and the Bible App™ entirely in Korean! While we’ve offered Korean as a language option at YouVersion.com for months, today’s announcement covers more territory. When the YouVersion community formally launches an additional language, what that means is that every single interaction you can have with YouVersion’s tools and community is now available completely in that language. Korean is our sixth total language launch. (English was first, followed by Norwegian, Spanish, Chinese, and most recently, Russian.)

Specifically, here are all the ways that the YouVersion community (that’s you!) can now engage with God’s Word in Korean:

YouVersion’s vision has always been simple: To help people connect freely with God’s Word, as easily as possible, no matter where they live or what language they speak. If you have friends whose heart language is Korean, please share this great news about YouVersion.com and the Bible App with them. And be sure to come connect with us on Facebook and Twitter. We love hearing from you!

Keep checking back… To all our new Korean speakers: Welcome to our YouVersion family! We’re thrilled to have you join us. Over the next couple of weeks here on our blog, we’ll be providing more details about each individual piece of the complete Korean launch. We’re excited to share with you all that your community has to offer!