Think back on the struggles and victories you’ve experienced this year. How did God reveal Himself to you in those moments?

We’re excited about all that God will do through YouVersion in 2020. (Stay tuned: Big things are coming!) But for now, let’s take a moment to reflect back on just some of the powerful ways God worked in our global YouVersion Community during 2019:

Mfon’s marriage was in shambles, so she ran away from it. Then on the bus to work each day, Mfon started reading Bible Plans about marriage in the Bible App. As Mfon studied God’s Word, her heart began to soften, and she realized there was still hope for her marriage. Inspired by God’s Word, Mfon reconciled with her husband.

…But Mfon’s story doesn’t end there…

One day, a woman who often sat behind her on the bus approached Mfon and confided that she had been reading the Bible App over Mfon’s shoulder. This woman had also been struggling in her marriage, but one of Mfon’s Plans had resonated with her, and she had forgiven her husband. Because of Mfon’s decision to read Bible Plans, two marriages are now experiencing restoration.

Mfon’s story is powerful, but it’s just one of many. Every Plan Day completed this year represents a life that God is in the process of transforming:

In 2014, Alice was diagnosed with early-onset macular degeneration and declared legally blind. No longer able to read, Alice had to find another way to draw closer to God. She discovered that in the right light, she could use a tablet. And that’s when Alice found audio Bibles on YouVersion. She started listening every night. And the more Alice listened, the more God’s Word came alive for her, leading her to a deeper understanding of God.

How can we wrap our minds around giant numbers like the ones below? By recognizing what they actually represent: moments when people reached out to God, and He touched their hearts. Let’s celebrate and commit to finishing 2019 strong! 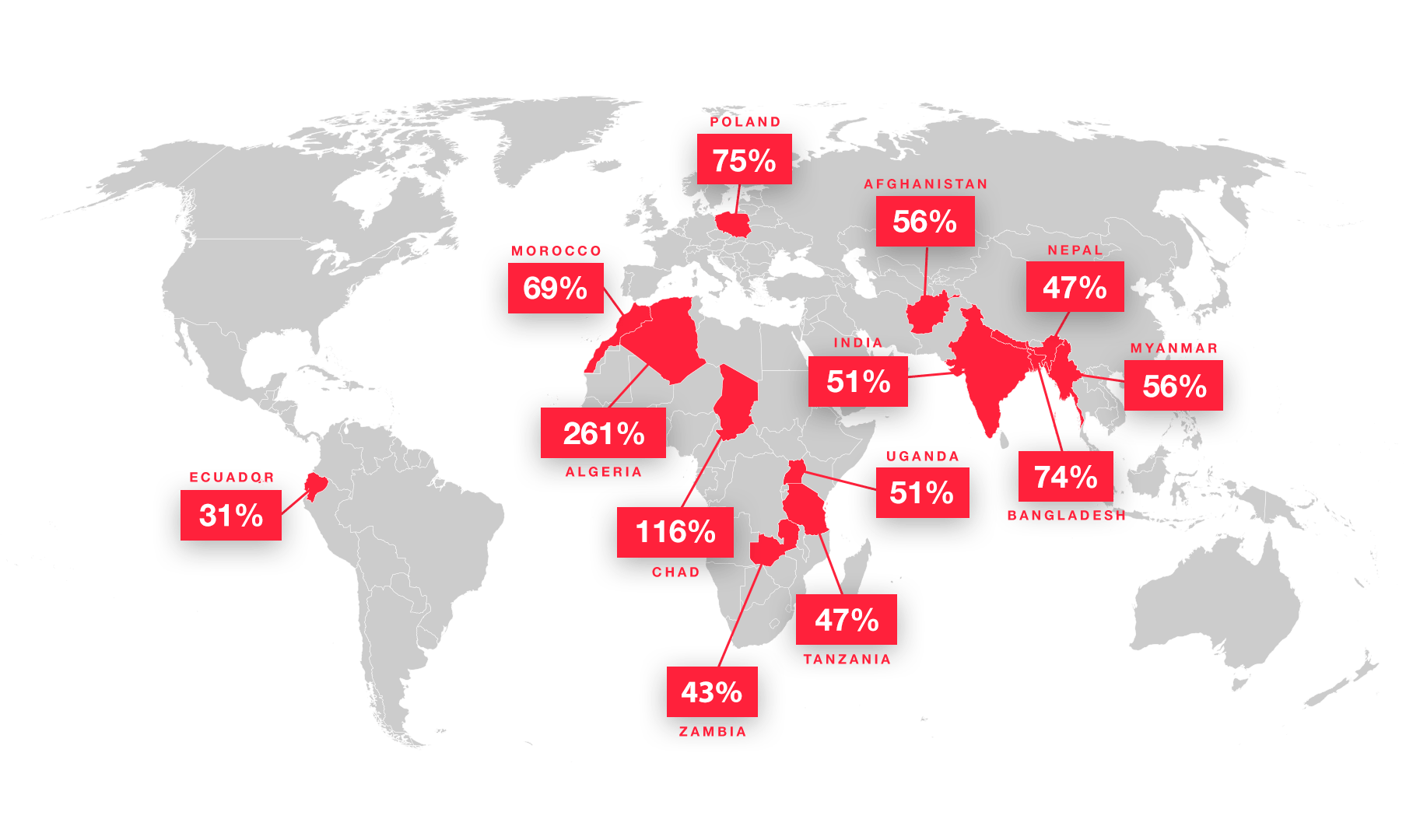 These countries showed the greatest increase in Bible engagement during 2019.

“Don’t worry about anything; instead, pray about everything. Tell God what you need and thank Him for all He has done.”

The Bible verse shared, bookmarked, and highlighted most often by the global YouVersion Community.

Most Shared Verse Image by Language:

The Bible Verse Images shared most often during 2019 by language across the global YouVersion Community.

We all have a story to tell.

See how you drew closer to God through the YouVersion Bible App this year — with a personalized 2019 Bible App Snapshot!

Let’s rejoice over what God’s doing in your life: