You probably already know that Bible Plans are one of the best ways that you can engage with God’s Word every day. But what happens when you’re subscribed to a Plan — or, let’s be honest, to a few — and you see another Plan that you think you might like? Now, for the first time ever, you can save it for later! Here’s how: 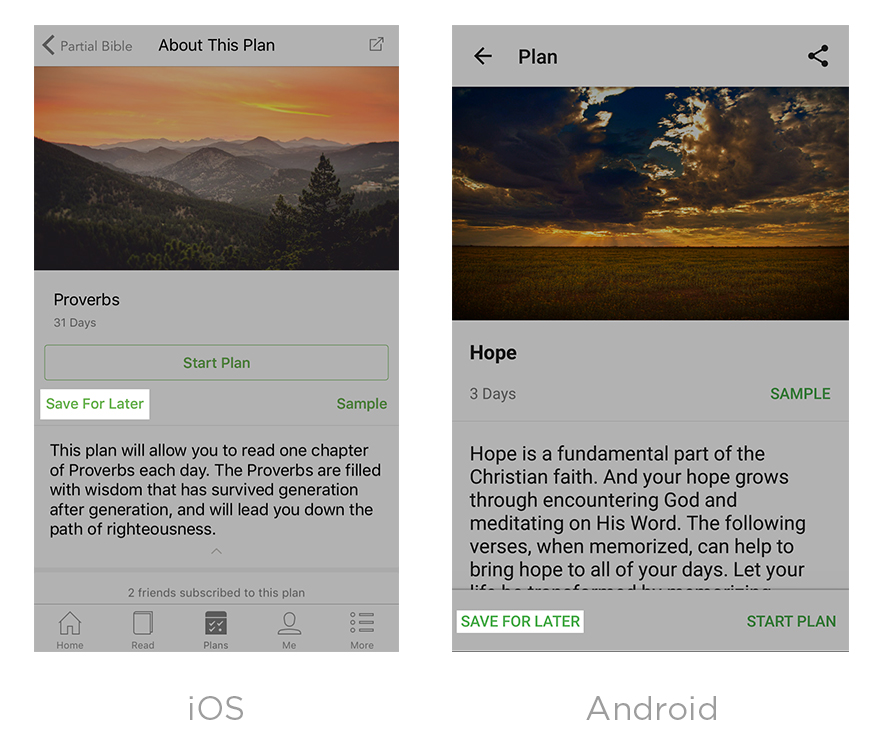 Tap on the Plan you’re interested in, then tap “Save for later.”

That’s it! The Bible App marks that Plan as saved and adds it to a new list called Saved For Later on your My Plans page: 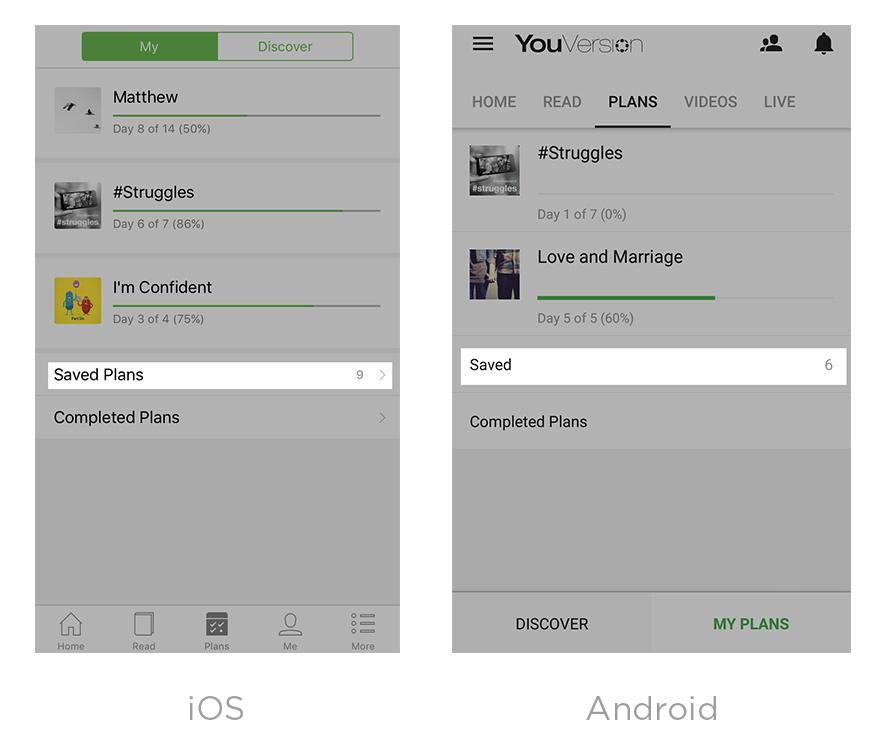 You’ll see listed every Plan you’ve saved, each with a “Start” link right next to it. (When you start a Plan, it moves from your Saved For Later list to your main My Plans list.)

Before you can start saving Plans, you’ll need to make sure you have the latest Bible App update for your device. So go ahead and find your next favorite Plan; even if you’re not ready to start it right now, you can always save it for later.

Find Your Next Favorite