Recently the worldwide YouVersion community completed more than 10 million Plans! Over and over again, you tell us how much Plans help you make God’s Word a daily part of your life. In 2009, we offered just one Plan. At the beginning of 2010, we launched 20 new Plans. Today, we offer more than 550 Plans, and this year alone, we’ve already seen 4.3 million Plans completed. That means that on average, Bible App users are currently completing more than 20,000 Plans a day! 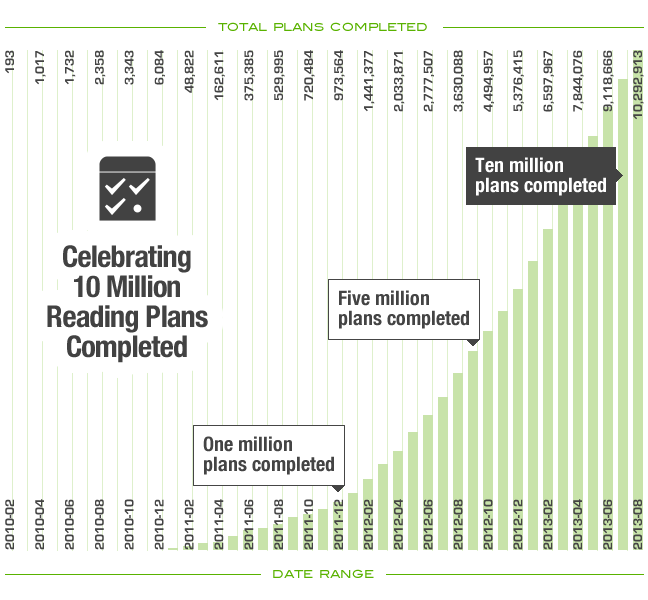 This Month’s Most Popular Plans:

All-New BlackBerry 10 Release. As soon as BlackBerry introduced their all-new, advanced BB10, we knew we wanted to update the Bible App to take full advantage. BlackBerry fans, keep your eye on our blog for details because a new release is coming soon!

More Languages Than Ever. The Bible App has been installed and used in every country on earth—something that wouldn’t be possible without YouVersion’s generous Bible publishing partners and global network of volunteers. The YouVersion community is opening more than 600 Bible versions representing over 375 languages, and accessing the app menus, buttons, Plans, and more in 30+ languages! 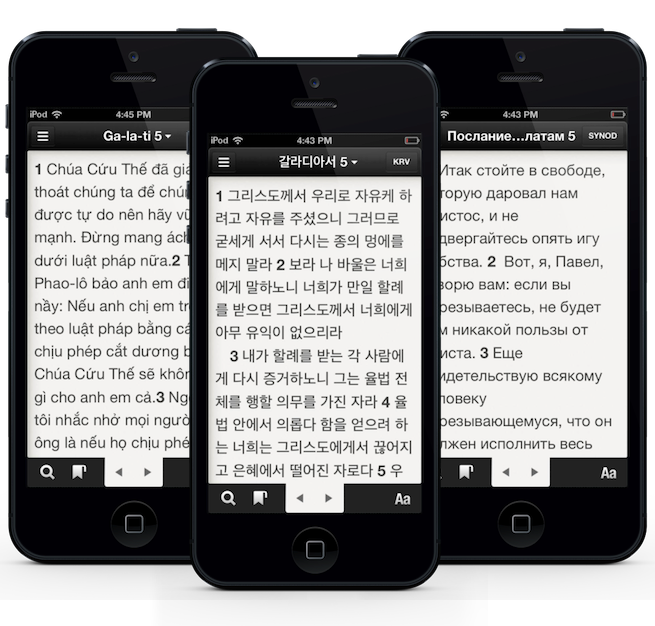