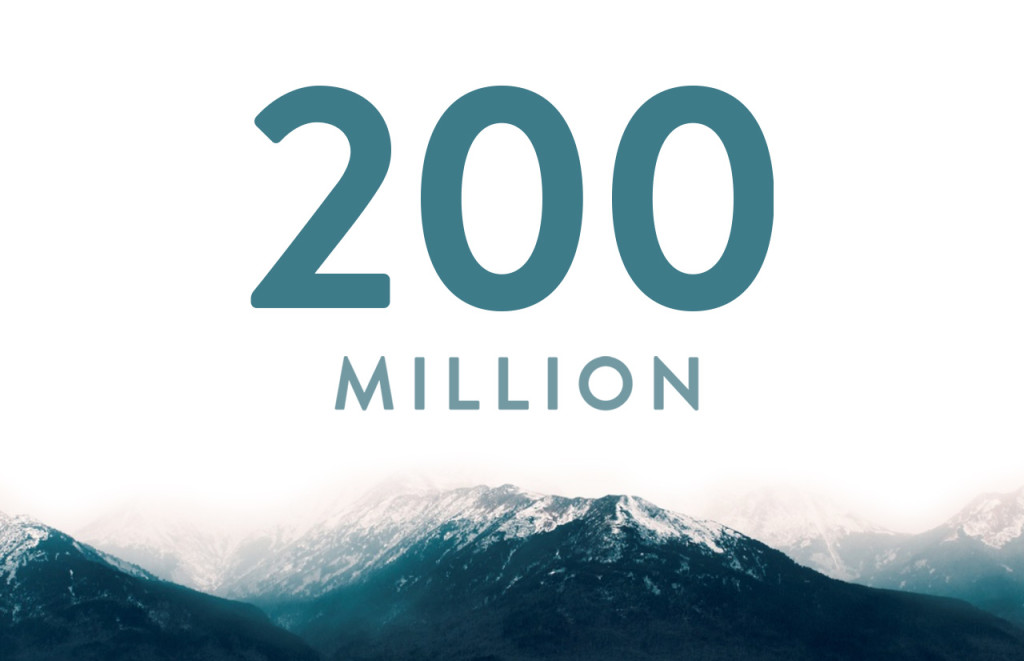 That’s how many times the Bible App has now been installed. 200 million times, somewhere in the world, a person has decided they want to be more intentional about spending time in God’s Word. 200 million times, a person has thought, “What if I could read the Bible…anywhere?” Then, once they begin engaging with the Bible, they discover that it is actually alive—that it has the power to change the world…one heart at a time.

In the Bible App, every second
of every day, here’s what happens:

God’s Word is Reaching the World… 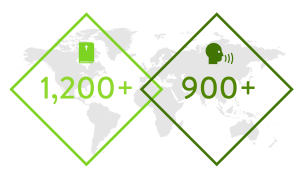 When YouVersion launched in 2007, we offered just 12 Bible versions in two languages (English and Spanish). And now, together with visionary partners, we’re actively working to make the Bible available to every person on Earth, no matter where they live or what language they prefer. Today, we’re thrilled to offer over 1,200 versions, in more than 900 languages—with many more still to come. Whatever version speaks most to you, chances are, we have it.

…and the World is Reaching for God’s Word. 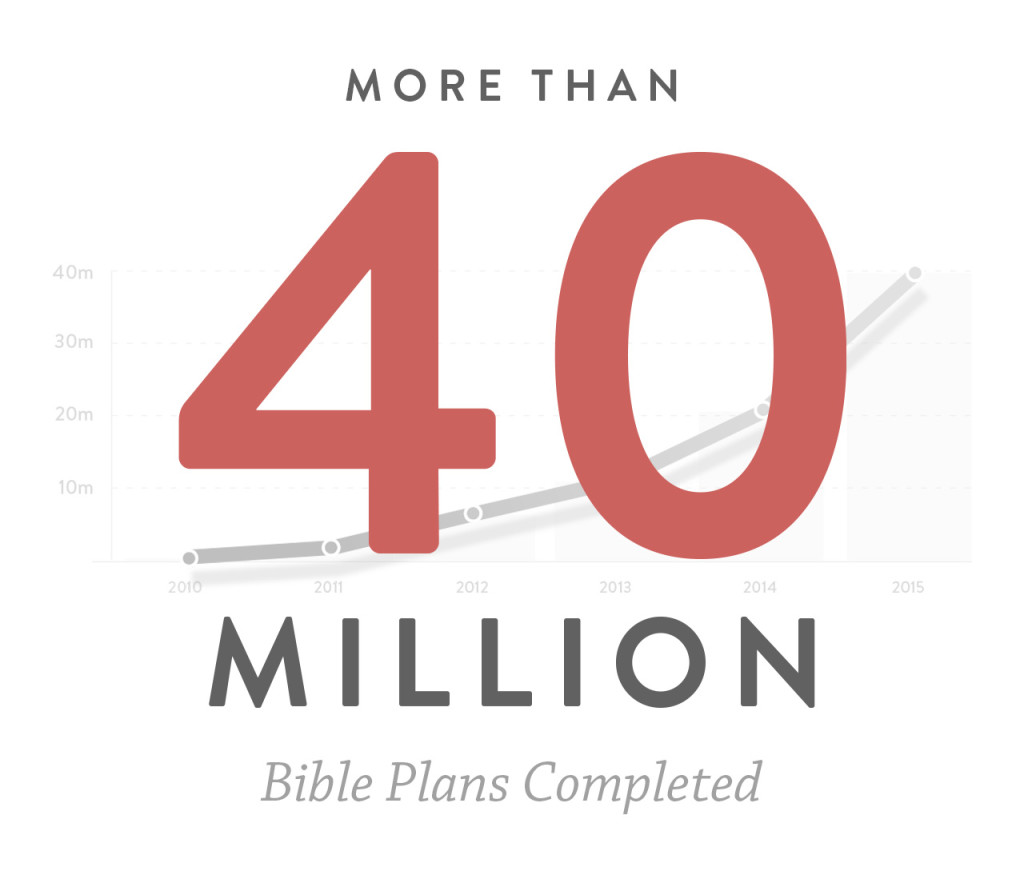 When you decide you want to connect more with God through the Bible, installing the app is a great first step. But it’s only that: a first step. The best way to let God’s Word speak into your life is to spend time in it every day. And you have in overwhelming numbers—through Bible Plans. Together, the global YouVersion community has now completed more than 40 million Bible Plans.

People who love the Bible have
Friends everywhere.

All across the globe, people are connecting with each other around God’s Word. This map is different than most: its lines don’t represent divisions; they show unity. Friends inside the Bible App build relationships between cities, countries—even continents. Invite your Friends into your spiritual journey, and enjoy meaningful, Scripture-centered conversations with the people you’re closest to…no matter where they happen to live.

We’ve come a long way together in 8 years.
And we’re just getting started. 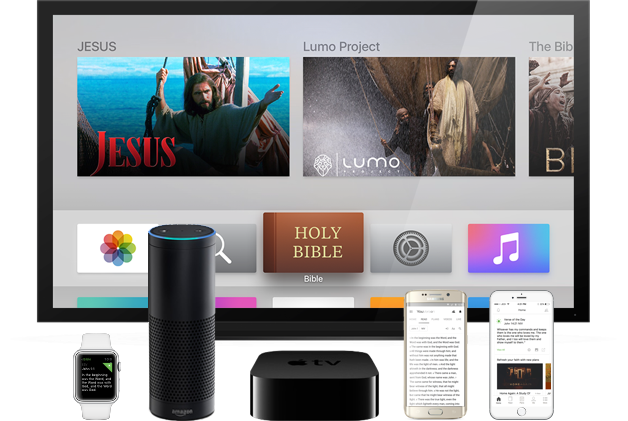 Together, let’s celebrate our biggest year yet as a global community. Which verse was Highlighted most often? Which one was Bookmarked the most times? Which was shared the most? Where are people using the Bible App? Which city has the most international Friends connections than any other? How many Bible stories does the Bible App for Kids have now? And how many devices is it on? Discover answers to all these questions and more on a very special web page we created just for the occasion:
Visit YouVersion’s 200 Million Celebration
canadian winstrol