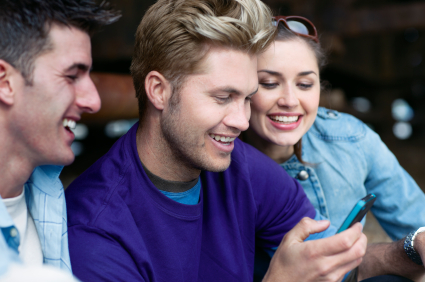 In November, we reported that one in 17 Android devices and iOS devices (iPhones, iPads, and iPod touches) had installed the Bible App™. We also invited you to join in sharing the Bible App with The Other 16, those 16 out of 17 smart phone users who hadn’t already installed it. And your response overwhelmed us!

As we wrap up The Other 16 challenge, we want you to know what happened. At the end of November 2011, the Bible App had been installed on over 34 million unique devices. But since then—in just two months—more than 5 million people installed the Bible App for the first time. Thanks to you, the Bible App just passed 40 million installs.

As part of the challenge, we asked to hear stories about your Other 16. Here’s what just a few of you had to say:

“I reached The Other 16 simply by showing people how awesome the Bible App is on my phone. In just one night at our LifeGroup, 10 young adults downloaded it.”
—TJ Wolfe

“I got to explain to some of our church leaders how the Bible App had really made a difference in me finding time for meaningful Bible study. I showed them passages I had highlighted and bookmarked, and even screenshots of passages I wanted to memorize — which I use kind of like flash cards in my photo file. My pastor and our music minister installed it on their devices immediately!”
—Amanda G.

“Three of my friends saw me doing my daily devotion every day, and they got interested. I told them this was the best Bible app, and they downloaded it too. Now we’re doing a devotion together, and I must say it has really brought us closer, both as friends and in our relationships with Him.”
—Cailyn M.

“I love the YouVersion Bible App, and I’ve been sharing it ever since I found it. But when I saw your challenge, it was on. I challenged my family, and they met the challenge. My son shared at school. My husband shared at work. And I shared with my women’s group that first day. When I ran into my son’s principal, I started to tell her about the Bible App — and she said my son had already downloaded it for her! I love your Bible app!”
—Carmen L.

To all who shared your stories with the rest of us in the YouVersion community: Thank you! (And keep an eye on the mail for your YouVersion T-shirt!) But just because the “official” The Other 16 challenge is ending, that doesn’t mean we don’t want to keep hearing from you. Come tell us all about your Other 16 on Facebook and Twitter!