At YouVersion, we’re convinced that experiencing the Bible in your own language is the most powerful way you can engage with what God wants to say to your heart. Translating the Bible into the many languages that people ask for is not something we would be able to do ourselves. Fortunately, partners from Bible publishing societies around the world generously join with YouVersion to make sure that as many people as possible have access to God’s Word. Another thing we could never do on our own is translate the many tools YouVersion provides—interfaces, menus, websites, blogs, tech support, etc.—into every language. And that’s where you come in. The same passionate commitment of an extraordinary, worldwide community of volunteers has already brought YouVersion to you in English, Norwegian, Spanish, Simplified and Traditional Chinese, Russian, Korean, and Brazilian Portuguese, and now—in German. We are honored to serve in God’s kingdom with you.

Our partners have graciously provided the YouVersion community with several options that allow us to together enjoy the Bible in German:

While great German translations are absolutely necessary for German readers and speakers to engage in the Scriptures, YouVersion has several other important pieces. The Bible App™ is only useful if its users can actually read its controls, buttons, and menus. Volunteers from all over the world united their ability to translate with their love of God’s Word, to make these tools as easy as possible for German users. And while YouVersion’s German-speaking community is already awesome, certainly we can always use more help. We never stop working on growing and improving the Bible App, not to mention all our other tools. We also now offer assistance and technical support in German, whether requests come in through email, Facebook, or Twitter. If you can help with German translation in any of these areas, please let us know.

So what’s it like to translate for YouVersion? Here’s what just a few amazing German language volunteers recently had to say about their own experiences serving the YouVersion community all around the world:

“It’s my deep desire to read God’s Word. Unfortunately, I’m not always getting down to it very regular. I’m studying Computer Science so I’m naturally using my computer and smartphone a lot. This is how I first stumbled upon YouVersion’s Bible App. It made my daily reading a lot easier. At first, when I used it, the App was kind of unstable, and I thought about joining the dev team to improve it. Then I heard about helping as translator. Immediately I volunteered. During recent months the developers put great work in the App, and I was thankful helping out by translating. May the YouVersion community reach a lot of German people, and may everyone be blessed as I got blessed.”
—Manuel W., Darmstadt, Germany 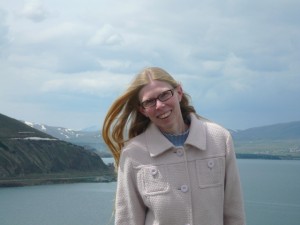 “I find the YouVersion Bible App very useful, and I like to help make it available to as many people as possible. For several years, I have been doing volunteer work as a translator and proofreader for various Christian projects. I know this is a special task God wants me to fulfill.”
—Barbara S., Stetten am kalten Markt, Germany

“One year ago I first discovered YouVersion while I was looking for Japanese and Korean translations of the Bible. I’m studying these languages and wanted to combine reading the Bible with my study of these two languages. Later that year I read about a need for German volunteers at YouVersion, and I thought about getting more involved. At first I translated into my mother tongue, and now I’m a member of the German support team. It really helps me to improve my translation skills and is a great service for God.”
—Steffen B., Germany 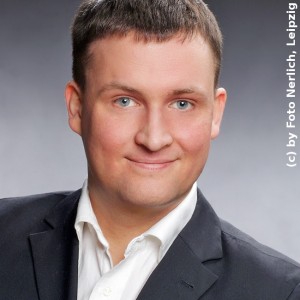 “I always had difficulty getting myself to read the Bible every day. I’m an engineer, and I have a smartphone, and one day I found the Bible App from YouVersion. It took me a little while, but once I had spent some time exploring the Bible App, I actually found myself reading God’s Word more consistently. While I don’t mind using an app that’s in English, I know that deters many other people. Then, when I saw that YouVersion was asking for help translating their interface, I realized that I had the chance not just to be a part of the YouVersion community, but to actually help other people use God’s Word more. Now I’m very excited about what God is bringing to our work at YouVersion.”
—Tobias K., Leipzig, Germany