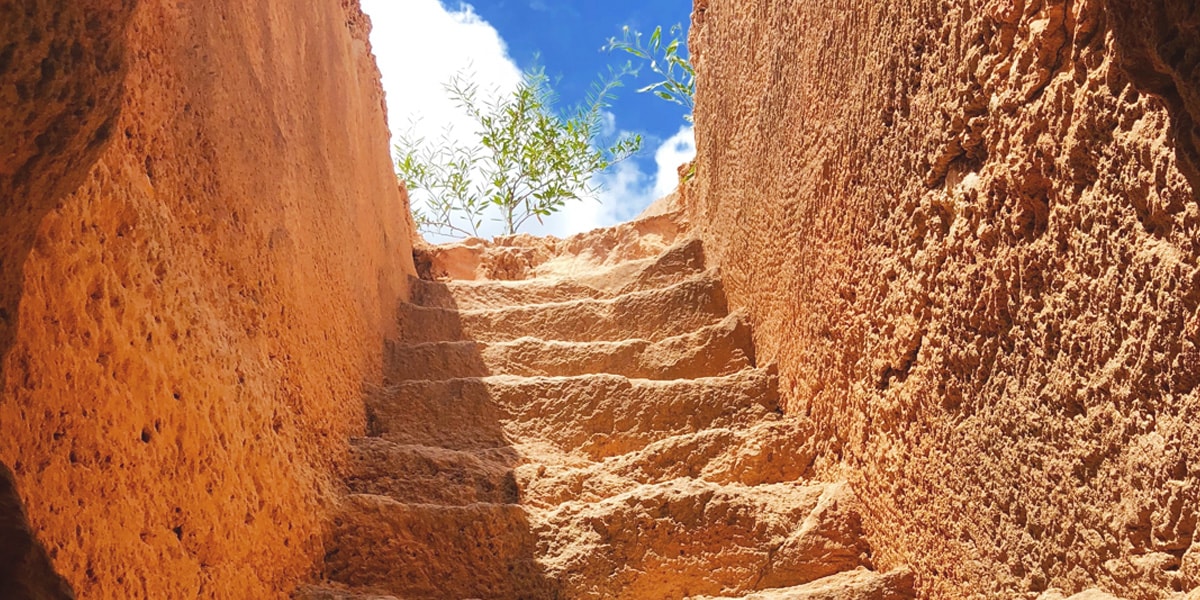 Together, let’s rejoice in Jesus’ triumph over death and the everlasting life we have in Him. 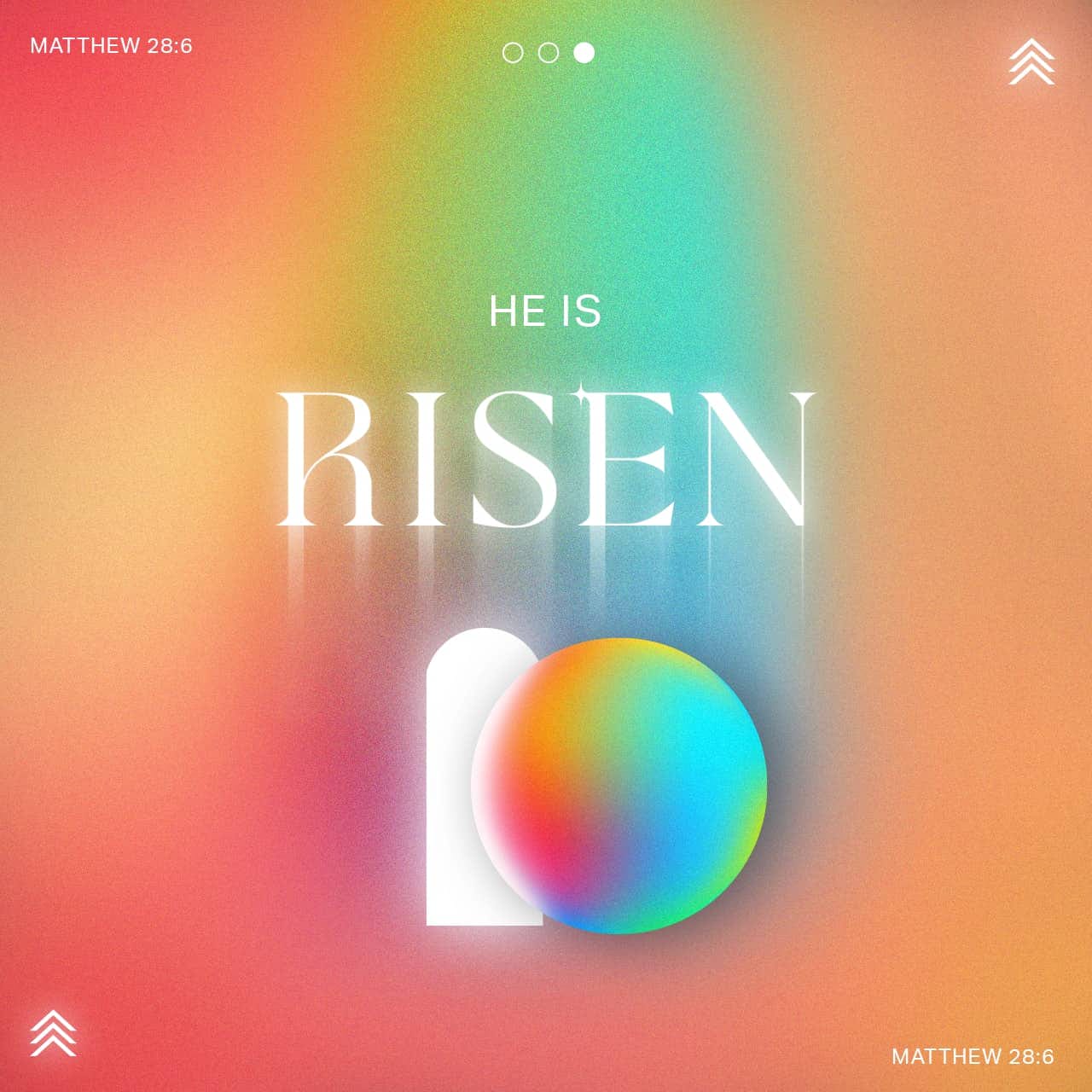 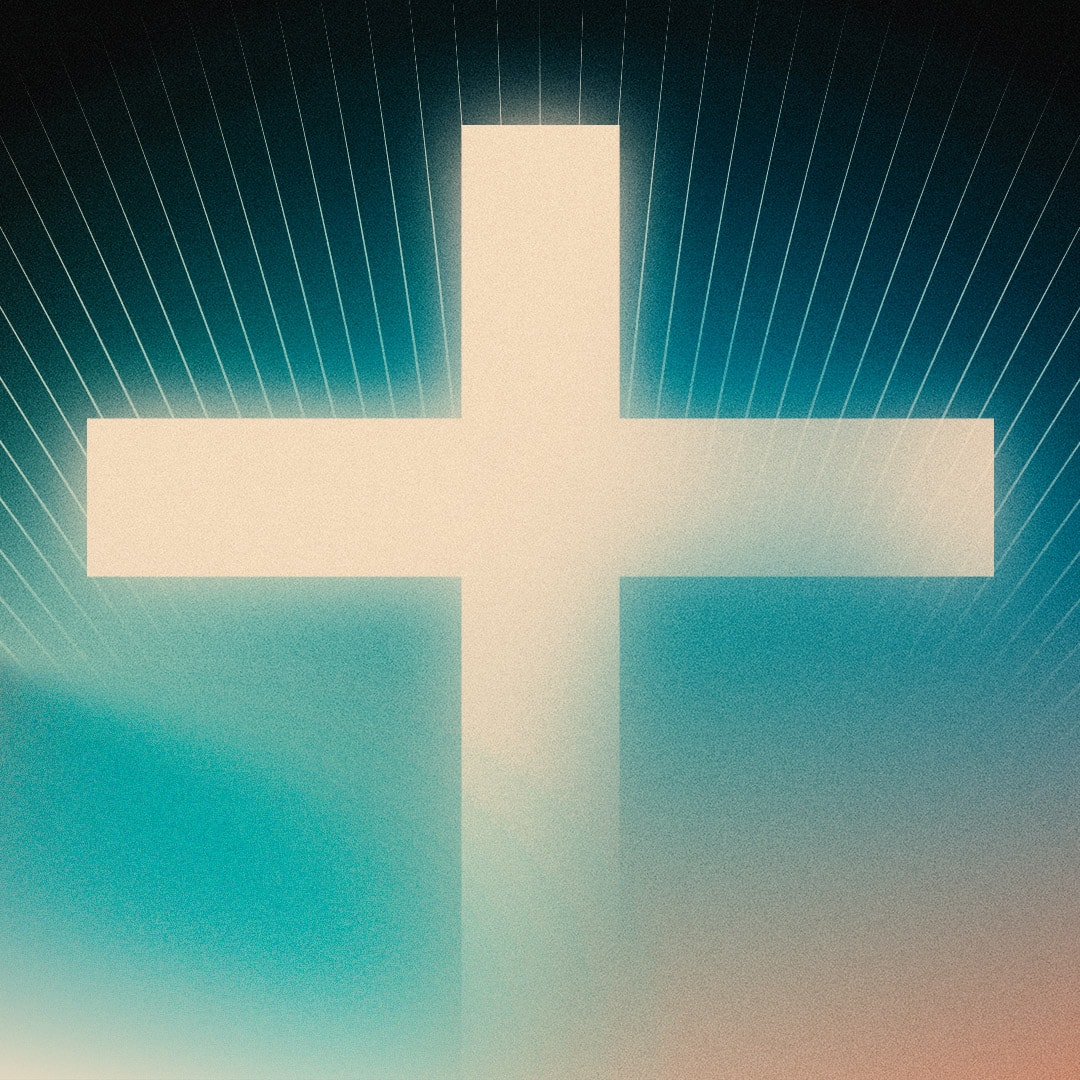 Why is Good Friday “good”?

…He said, “It is finished,” and he bowed his head and gave up his spirit.

The disciples watched as Jesus cried out, “it is finished.” But what was finished wasn’t Jesus’ life—it was everything separating us from God’s love.

“God with us” became “God for us” by giving up His life to rescue us.

I grieve that the torture and sorrow You endured on the cross were necessary to save humanity. You didn’t want us enslaved to fear, anxiety, or sin—so You sacrificed Yourself so that Love could win.

It’s Love that hung upon the cross and gave up everything to rescue us. “It is finished” was a cry of victory, because You defeated everything that held us in captivity.

Because of Your sacrifice, I can experience intimacy with You forever. Thank You! Show me how to share Your love today and every day.

Use me to reach the world You died to redeem. 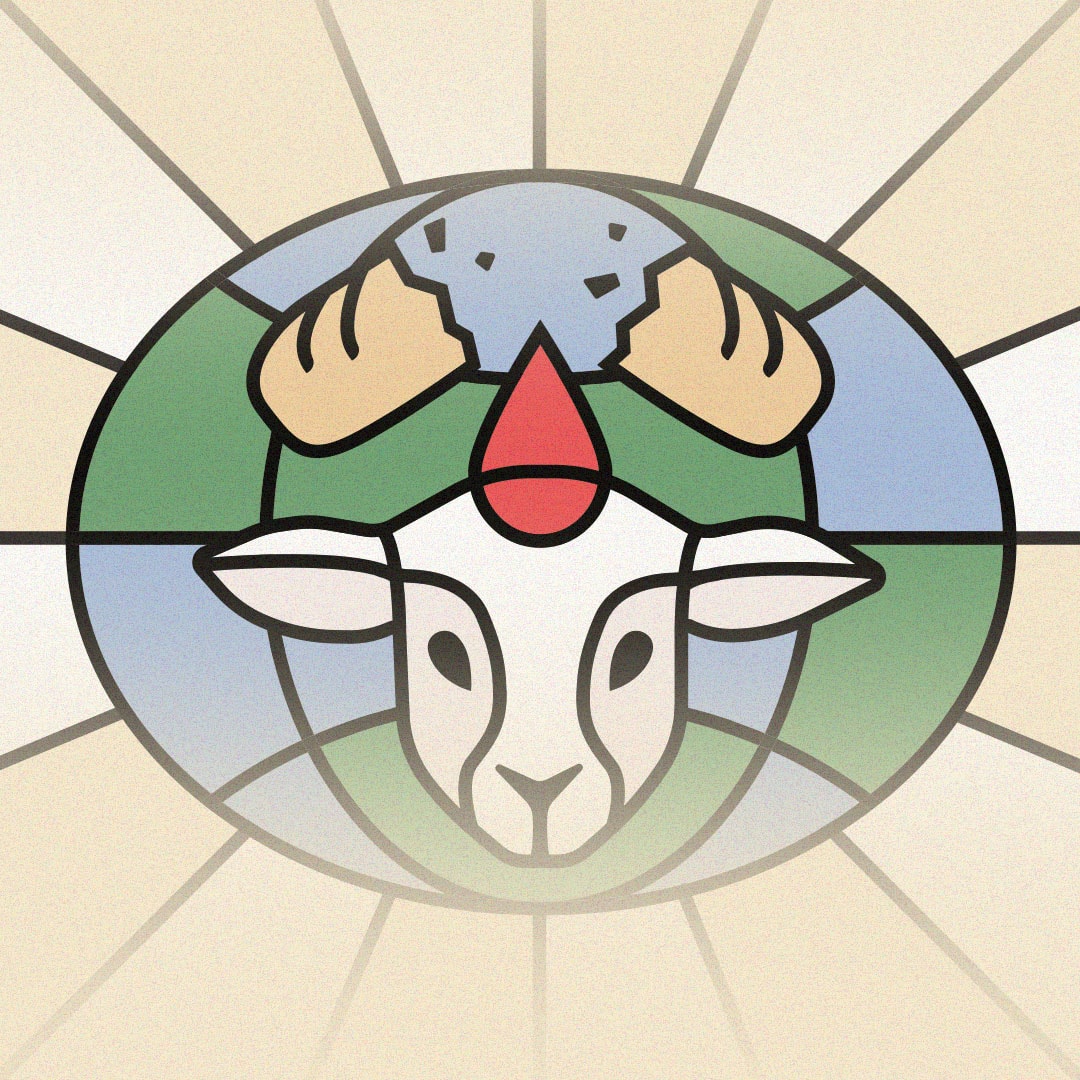 At Easter, we remember that Jesus’ broken body put an end to our brokenness.

But before we honor the resurrection, it’s important to look back at the events that led up to Jesus’ ultimate sacrifice.

One of the most important events in the hours before Jesus’ death was the Last Supper.

The timing of the Last Supper was special because it took place during Passover.

That might seem like a minor detail, but Jesus used it to connect His death—and resurrection—to the Israelites’ exodus out of Egypt.

Passover was a crucial event that the Jewish people observed for hundreds of years before the Last Supper.

After decades of oppression in Egypt, God was going to deliver His people from their slavery and bring them into the land that He had promised them.

But first, He had to raise up a leader to help mobilize the Israelites—Moses.

Moses, prompted by God, asked the pharaoh for their freedom, but each time, the answer was no.

In response, God sent a series of plagues to torment the Egyptians.

But, the pharaoh’s heart remained hardened.

As a last resort, God sent a final plague: an angel of death to kill the firstborn son of every family in Egypt.

Because of the pharaoh’s cruel, oppressive evil—and unwillingness to repent of his sins—God provided justice.

But God provided something that the pharaoh never did: a way out.

Before the final plague, the Israelites were instructed to paint the doors of their homes with the blood of a sacrificial lamb. That way, when the angel of death came, their houses would be passed over, and their firstborn sons would be saved.

It might seem like a strange symbol, but through the death of the lamb, God brings evil to justice.

After the final plague—and death of his firstborn son—the pharaoh finally gave the Israelites freedom.

When they settled in the promised land, they commemorated the Passover every year with a feast—consisting of bread, wine, and a sacrificial lamb.

A thousand years later, Jesus and His disciples gathered around a dinner table to celebrate in the same way.

Jesus took bread, and when he had given thanks, he broke it and gave it to his disciples, saying, “Take and eat; this is my body.”

Then he took a cup, and when he had given thanks, he gave it to them, saying, “Drink from it, all of you. This is my blood of the covenant, which is poured out for many for the forgiveness of sins.”

With these words, Jesus linked the Passover to God’s plan to redeem the world.

The final element of the Passover meal is a lamb. But as far as we can tell, there wasn’t a lamb on the table at the Last Supper.

That wasn’t an accident. It was a symbolic statement.

Through the lamb, God rescued the Israelites from slavery to the pharaoh.

Through Jesus, God rescues the world from slavery to sin and death.

A call to action

Less than 24 hours after the Last Supper, Jesus took His final breath on the cross.

His sacrifice was to take on all of humanity’s sins. He allowed Himself to be abandoned by His Father so that we would never have to be separated from God.

Jesus doesn’t just want us to understand what He did for us, He wants us to participate in it by entering into relationship with Him.

In doing so, we get to be a part of the greatest story ever told.

As we approach Good Friday, let’s remember that we get to be a part of God’s plan—thousands of years in the making—to redeem us all. 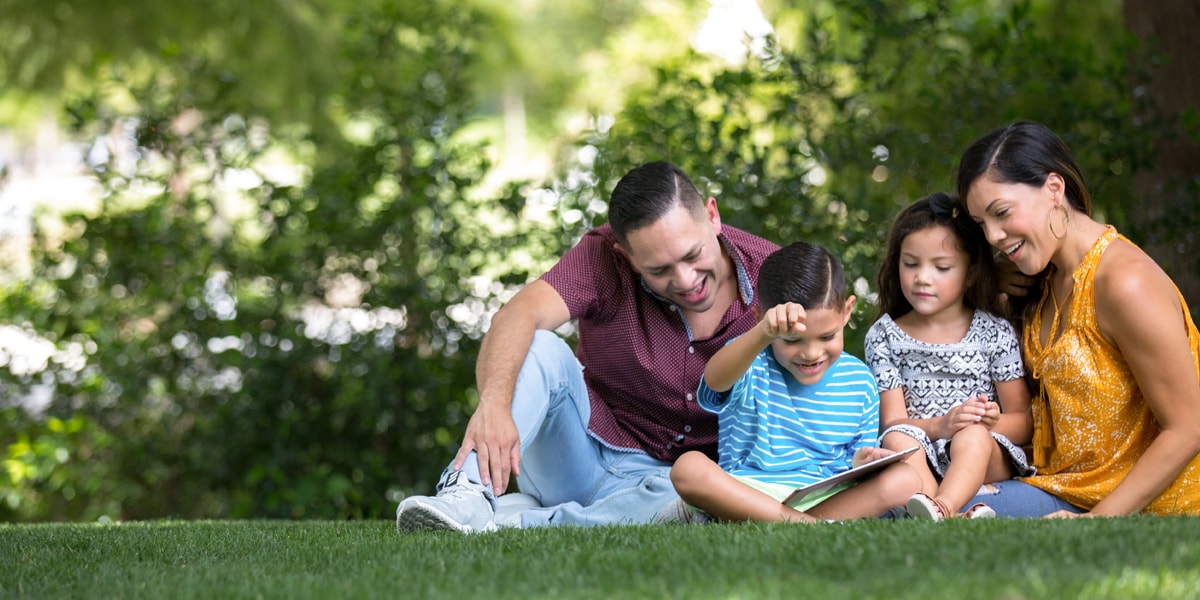 Easter is the perfect time to share the hope and joy we have in Christ’s resurrection with the kids in your life.

But with big concepts like redemption and sin, it can be difficult to know where to start.

Journey through Easter with these five stories:

Discover interactive animations and activities that teach your kids about Jesus’ sacrifice in a way they’ll easily understand. 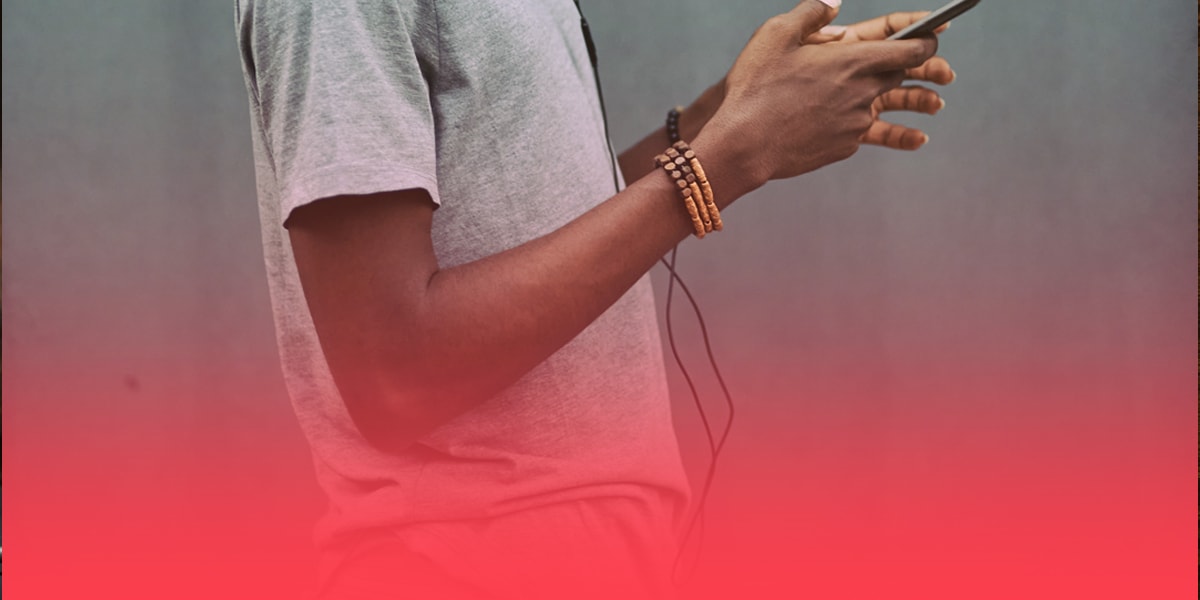 Our hope is that when you open YouVersion, it feels like it was made just for you.

But what you might not know is that millions of people around the world feel the same way.

Because of the generosity of our Bible publishing partners, YouVersion offers Bibles in over 1,800 languages so people have access to Scripture in a language they connect with most.

And, so far this year,

our global Community has read the equivalent of the entire Bible

But, there are still millions of people who don’t know that God’s Word is only a tap away…

Around the world, people are searching for hope, comfort, and peace. When you give to YouVersion, you’re helping us connect these people to God’s Word.

The easiest way to contribute to our mission is by setting up a recurring gift.